CHARLESTON, W.Va. — West Virginia’s Secretary of State and Attorney General are weighing into an election dispute that has been going on for months in a town of under 300 people.

Just a few votes separated the candidates for Town Council in Harpers Ferry when results came in after the June 11 municipal election. Five council positions were up for grabs. Initially, the results showed five incumbents were the top vote getters.

The candidates initially in sixth and seventh place got 82 and 81 votes.

Those candidates, Nancy Case and Deborah McGee, have been challenging the results ever since.

In particular, they are contesting rulings that four provisional ballots would not be counted.

Those ballots were initially considered to be cast by voters who lived outside the municipal limits. But Case and McGee contend those voters were mistakenly listed in the nearby Bolivar voting district, not Harpers Ferry.

So the two candidates took their case to circuit court in Jefferson County. Judge Debra McLaughlin is scheduled to hear the case Oct. 28.

“There’s more to this case than meets the eye. It’s important to understand that there was a trial, and that the evidence that was put on at trial was very different than the facts presented in the losing candidates’ appeal brief,” Ritchie stated.

The Secretary of State has filed a motion aimed at taking a position in the case. The motion was filed by the Attorney General’s Office, which handles legal cases for the state. So that’s why Warner and Morrisey were speaking together about the situation.

“We have deep concerns about the process,” Morrisey said on “Talkline. “It is highly problematic, especially because it’s used to disenfranchise voters.”

Morrisey said there is one acceptable resolution.

“Count the votes and make sure technical errors aren’t used to deny someone the right to vote,” he said. “I think it’s clear the Council erred, and that needs to be changed.” 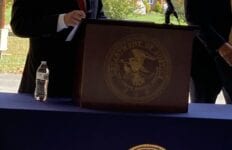 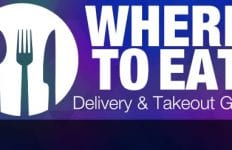 Your Favorite Restaurants are OPEN!! Click here to find yours→