Martinsburg, W.Va- For the second time in as many years, the Shepherd Rams advanced to the Division II semifinals with a 48-13 win over IUP on Saturday.

It was a rematch of the PSAC Conference Championship game where IUP held Shepherd to 53 yards rushing and handed the Rams their only loss of the season. The sequel proved much more successful with Shepherd rushing for 141 yards and scoring more points on the Crimson Hawks than any team had all season.

“It was a great win for our program.” Shepherd head coach Ernie McCook said. “To come back to a place 3 weeks later and beat the #1 ranked team in the region that put a really good game plan against us in the PSAC championship game, and to be able to win this football game in the fashion that we did was a real credit to our coaches and players.”

Ronnie Brown had 137 yards rushing in the contest giving him 570 yards on the ground through 3 playoff games, with 5 scores, and another 95 yards and two touchdowns through the air.

“They’re scared of Tyson (Bagent) in the pass game, and that opens me up.” Brown said. “And the O-line is blocking tremendously.”

Tyson Bagent threw for 4 scores in the passing attack, the 3rd of which had extra significance.

WE HAVE A RECORD IN INDIANA PENNSYLVANIA!!! @tysbagent is the undisputed leader of college TD passes with the 158th of his career to tight end Brian Walker. @SURamsFootball leads IUP 21-7 at the half. @CaryMoyer @JimNagy_SB @seniorbowl @PSACsports @PA_D2_Football @EPNewsNetwork pic.twitter.com/GHOc0VfRMU

The pass was completed to tight end Brian Walker, who was on the receiving end of pass number 149 which broke the D2 touchdown record set by Jimmy Terwilliger.

“He’s my best friend in the world,” Bagent said about Walker. “It’s kind of fitting for both records to go to him.”

“One touchdown doesn’t mean more to me than the next,” Walker said. “But to have the opportunity to get that record for Tyson, and give him the recognition he deserves is awesome.”

Now in the semifinals, Shepherd must travel over 1,600 miles and over 5,200 feet in elevation to take on the Colorado School of Mines.

The Orediggers also were participants in last year’s semifinals but began the season in poor form dropping their first 2 games. They since have won 12 straight including a quarterfinal win over #2 Angelo State.

Their quarterback, John Matocha, is having his own “Tyson Bagent like” season throwing for 4,200 yards and 45 scores this season compared to Bagents 4,415 and 41.

The Orediggers are paced on the outside by Max McLeod and Josh Johnston, a pair of 1,000 yard receivers.

On defense, the Colorado School of Mines leads the nation with 61 sacks and are second with 124 tackles for loss.

The Game will kick off at 3:30 eastern time and can be heard on 95.9 the Big Dawg with Jordan Nicewarner, Luke Wiggs, and Parker Stone on the call in Golden Colorado, Saturday, December 10th. 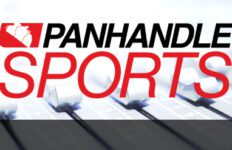