BERKELEY SPRINGS, W.Va. — Here’s a rundown of election night results in Morgan County as reported by our Parker Stone.

When combined with totals from Berkeley County, in the 90th Delegate District, George Miller had 1290 votes over Ken Reed’s 894.

In the County Commission race, Bill Clark won the Republican primary over Gary GW Easton with 53 percent of the vote.

The Board of Education Levy passed by 56 percent.

The top three vote getters in the Board of Education race were Aaron Close, Justin Litten, and Laura Smith. 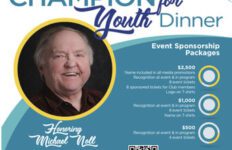