MARTINSBURG, W.Va. — Virginia State Police have released more details about a crash on the Virginia/West Virginia state line that killed a Martinsburg man.

First reported at around 4:30 Wednesday morning, the crash happened on I-81 northbound at the 324 mile marker in Virginia.

Virginia State Police Trooper D. Ayers said a 2001 Buick Century driven by Ronald Dick, 41 of Martinsburg, tried to change lanes to use a crossover in the median. The car was struck by a 2002 Van Hool charter bus also heading north in the left lane.

The bus crossed into West Virginia before coming to a stop at the .05 mile marker. Virginia Department of Transportation cameras showed the New York-bound bus remained upright.

The bus driver was not injured. 10 adult passengers and one juvenile passenger were treated and released on scene.

Both lanes north and southbound were blocked until 7 am, when authorities opened one lane in each direction.

Back ups on the southbound side went to Inwood, West Virginia. Northbound traffic was congested to Winchester, Virginia. 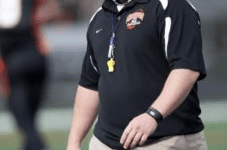 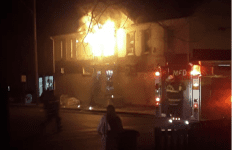