Jefferson County Schools Superintendent Dr. Bondy Shay Gibson
Gibson said she received a report last Friday that two employees had “posted threatening and inflammatory posts on their Facebook pages, had been present at the Electoral protest march on Wednesday that erupted in violence, and had violated our leave policy.”

Gibson said the school system is “hyper vigilant in its response to to reports of threats, violence, aggression, and any other illegal activities.” She said she’s followed policy in this case which includes removing the employees from any access to students as an investigation takes place to determine if there was a violation of policy.

Gibson said she wanted to be clear that “every employee has every right to the politics and beliefs of their choice, so long as their behavior does not cause harm or is illegal. I am seeking to determine whether these employees violated any policy or laws. The matter is currently under investigation and disciplinary action has not been determined as many have suggested.”

She ended the letter by saying, “I only reiterate for every citizen and employee of Jefferson County Schools, your politics is your fundamental right, your child’s safety is my fundamental responsibility. The best way for me to do that is to be vigilant about ensuring they are cared for by people who do not break laws, violate policies, or engage in harmful behavior.

The letter the employees received from Gibson indicated the school system had obtained video of the employees attending the event, but it did not indicate the employees had been among those storming the U.S. Capitol or that they had been placed under arrest.

Meanwhile, Jefferson County Commissioner Steve Stolipher said Sunday the letter from the school system quote ‘punishing employees for participating in a political rally’ are in his words ‘greatly concerning for our democracy’ and indicated they amount to a violation the Constitutional rights of our employees. He wants the commission to consider their options for oversight of the Board of Education.

“On behalf of all Jefferson County Republicans, the JCREC is requesting that the Board of Education immediately cease the violation of the Constitutional rights of the BOE’s employees, students, and the citizens of Jefferson County,” the GOP statement said. “We are further requesting that Dr. Gibson be suspended pending an investigation of her actions. Dr. Gibson is entitled to be a Democratic activist; however, if it is determined that Dr. Gibson has violated the law then she must be terminated from her position as Superintendent.”

The employees could meet with Dr. Gibson as soon as Tuesday. In her letter to one employee, Gibson indicated the employee had also been tagged in a social media post that had what she termed threatening and demeaning statements aimed at federal government employees.

Another post on the Jefferson County Perspective page questioned why a schools employee who was arrested after anti-Rockwool protest that shut down U.S. Senator Joe Manchin’s D.C. office in February of 2019 was not sanctioned in the same way. 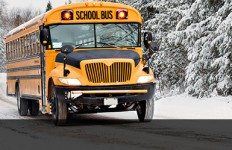