SUMMIT POINT, W.Va. — A Jefferson County man has been charged with first-degree murder in connection with a fatal shooting early Monday near Summit Point, according to the Jefferson County Sheriff’s office.

Deputies said Jeremy Newkirk, 31, of Summit Point allegedly shot and killed John Wilson, 27, of Monroe, Louisiana around 3:40 a.m. at 364 Wood End Farm Lane. Wilson was believed to be living in Maryland but had a Louisiana driver’s license.

According to authorities, deputies received a call from Newkirk saying he had shot someone and he would be waiting for them to arrive.

A release from the sheriff’s office stated that a woman and her young child were trying to leave the residence after an argument with Newkirk when she had called the victim to ask him to pick her up from the residence.

Deputies said evidence and statements show that the women and child were putting belongings into Wilson’s car when Newkirk shot him.

Newkirk is currently in the Eastern Regional Jail without bond.

Jefferson County Schools closing for the remainder of academic year→ 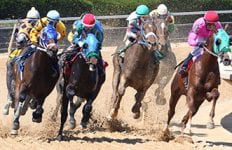 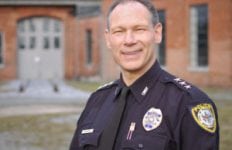 Martinsburg PD Chief announces resignation, says role has been “the honor of a lifetime”→ 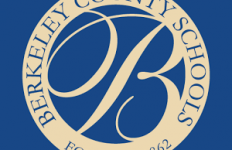