MARTINSBURG, W.Va. — The state has pieced together enough funding to continue the Maryland MARC commuter train system that runs daily in the eastern panhandle. The package that totals just more than $3 million was detailed in an announcement made Thursday at the train station in Martinsburg.

Justice administration Chief of Staff Mike Hall said Gov. Jim Justice has approved $1.1 million from the Governor’s Contingency Fund to go along with the $1.2 million the legislature approved for the train service in the new state budget. The rest of the funding comes from the budget of state Auditor J.B. McCuskey, $750,000 and eastern panhandle county and municipal governments, $300,000.

State Senate Finance Committee Chairman Craig Blair, R-Berkeley, told those gathered at Thursday’s announcement it took a lot of effort to come up with the necessary money but it’s an effort that will have to continue.

“We have to have the counties and the communities participation,” Blair said. “It will probably end up having to be a greater participation into the future.”

Maryland threatened the stop its runs into West Virginia unless the state came up with the funding. The municipalities and counties, who have residents who take the trains to and from Washington, D.C., came up with funds after their fiscal year budgets had been approved. Delegate Jason Barrett, D-Berkeley, said the local groups have stepped up. He said all worked toward a common goal.

Barrett and Blair both emphasized local ridership would have to increase to continue to get the funding in future years.

“I hope that it continues on and the ridership grows and this service is utilized so it makes it an easy sell in the legislature,” Blair said.

Auditor J.B. McCuskey has been an advocate for the MARC system continuing in the eastern panhandle. He sees it as an economic development tool.

“To me this train is just a symbol of West Virginia’s commitment to supporting our young entrepreneurs and people who want to have an easy transportation mode,” McCuskey said.

He said the $750,000 committed from his office comes from money the office has saved in various areas since he took office.

Hall and Barrett said there are efforts underway to use the train for tourism purposes. Hall said state Tourism Commissioner Chelsea Ruby hopes to meet with MARC and Maryland officials

“We want to work with different ones to put together packages that would attract people to use the train and increase the ridership,” Hall said.

Hall also said discussions would continue with the state of Maryland. He said some of the new money committed to the service may be used to eliminate the current West Virginia surcharge. He said Gov. Justice hopes to work toward permanent funding of the service.

“This (funding) is kind of pieced together from here and there but there’s a commitment on part of the governor to create a permanency to that and to process the idea of that permanency through the legislative process and budgeting process,” Hall said.

The governor’s office announced Wednesday Justice would be in attendance for the announcement but he wasn’t there. Hall said it was a last-minute decision. He offered no further explanation. 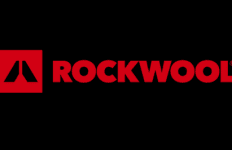 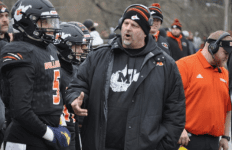 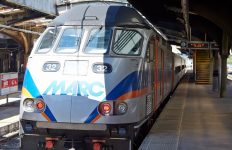