CHARLES TOWN WV.– Washington High School will now have a new face of its football program as Terry Rea was voted for the position of Head Football Coach by the Jefferson County Board of Education. 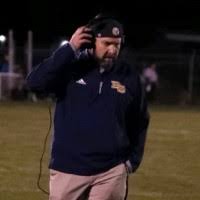 Coach Rea joins the Patriots after stops previously as an assistant at winning programs Brooke and Weir. Rea highlighted what he wanted to implement in his new program saying “We are going to change the offense and try to spread it out. I’m familiar with Wes Eddie and he will remain our defensive coordinator on staff.”

Coach Rea gave love to the place that gave him his first opportunity as a head man in Berkeley Springs as he mentioned the community and fan support behind his team despite a winless season in 2022. “If you’re coming to Berkeley Springs, you need to get the community behind you and the support will be there. Berkeley Springs isn’t the doormat of AA football. These kids can play, have heart, and I love all of these kids even though I am leaving.”