HARPERS FERRY, W.Va. — A pair of bald eagles have returned to their nesting site in Harpers Ferry National Park.

The Park Service made the announcement Wednesday.

The nesting site can be seen from lower Maryland Heights. 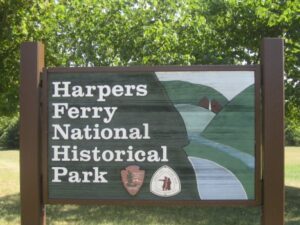 One of the park’s volunteers has also spotted peregrine falcons flying near the Heights’ cliff faces, where they will likely soon search for a nesting site.

The park’s seasonal closure of portions of Maryland Heights will begin in mid-February. You can view the falcons from The Point, the scenic overlook of the Shenandoah and Potomac Rivers coming together.

The park’s resident raptor latecomers, the ospreys, will return to the park to nest in March at the earliest.