CHARLESTON, W.Va. — A member of the House of Delegates has changed his party affiliation from Republican to Independent.

Berkeley County Delegate Marshall Wilson signed the paperwork Tuesday in the Secretary of State’s Office while in Charleston for monthly interim committee meetings.

Wilson said his decision was based on actions earlier this year by West Virginia Republican Party Chairwoman Melody Potter.

“There are a number of great Republicans in state government working effectively to uphold the principles of the people of the state of West Virginia,” Wilson said. “Unfortunately, the chairwoman of the West Virginia GOP does not. Not only does she refuse to consult with anyone who disagrees with her, she interferes in the operations of elected county executive committees beyond the scope of her authority.”

Wilson said the Berkeley Republican Executive Committee removed a member from the committee who had been elected by county voters. Wilson said he went to Potter for an explanation but was told he needed to learn to get along better with people. Wilson also said Potter had no right to remove Rob Cornelius, the elected chairman of the Wood County Republican Executive Committee.

“This is not an appropriate way to run an organization, and it is certainly not an effective way to run a representative organization,” Wilson said. “At this time, I can much more effectively represent the people who hired me and our shared principles as an Independent.”

Potter was quick to respond. She put out a statement of her own Tuesday afternoon. She said the Republican Party is large enough for disagreements but she chooses to work out differences privately. She said he was disappointed in Wilson’s decision but she didn’t sound particularly surprised.

“Delegate Wilson’s actions today are the latest in a long string of erratic and foolish behavior that he’s exhibited over the years,” Potter said. “His actions bring dishonor and discredit to his service in the House and betray the voters who thought they were electing a Republican when they voted for him.”

Wilson, who called for Potter to leave office in a recent open letter, said he has no problem with the leadership of the House of Delegates. He said he can disagree with Speaker Roger Hanshaw on a policy issue and they can have a conservation about it.

“He never puts his thumb on the scales as Speaker Hanshaw. He actually builds the arena and allows us to fight it out and find the truth and do our best to represent our people,” Wilson said.

Hanshaw said he was disappointed to learn of Wilson’s decision.

“Marshall met with me prior to changing his registration to inform me of his decision, and while I’m saddened by his change of registration, I understand and respect his choice to do what he believes is in the best interests of the citizens he represents,” Hanshaw said in a statement released by his office.

Wilson said he still supports the party platform and plans on working with Republicans on various issues when the 60-day regular legislative session begins next month.

Wilson said the bottom line is there is a lack of support from state party headquarters. 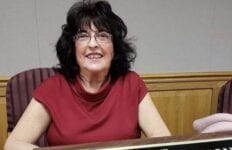 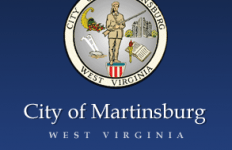