SHEPHERDSTOWN, W.Va. – It has been announced that Shepherd quarterback Tyson Bagent, alongside lineman Joey Fisher, has been invited to the 2023 Hula Bowl All-Star Game in Orlando, Fl.

The senior quarterback has garnered plenty of attention after his 2021 Harlon Hill Award-winning season, currently leading a #3 ranked undefeated Shepherd Rams team down the final stretch of the regular season, and going 210-of-300 passing for 2,563 yards and 23 touchdowns so far, but adding this invitation to his accolades is a good touch.

The Hula Bowl is one of the premier college “all-star” games in the country, inviting NCAA college football players from all divisions, along with international players from Japan, Canada, Australia, and the UK. to come out on a big stage to show their talents in front of big teams. Some of the leagues that will be represented at the upcoming Hula Bowl are the NFL, XFL, CFL, and USFL.

Bowls, such as the Hula Bowl are great for players like Bagent and Fisher, who hail from a small school like Shepherd, to get in front of as many “next-level” scouts as they can and hopefully make an impression that will last until draft day

The 2023 Hula Bowl will be played Saturday, January 14th at 12 pm in Orlando, Florida, and broadcasted on CBS Sports Network 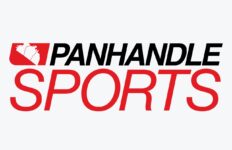 Shepherd to honor Veterans with pregame ceremony and fly-over→

The Shepherd Rams continue to climb the National rankings→